Hope you didn't show up for this one late. All of the excitement was over by the third inning.

Share All sharing options for: Cubs Heroes and Goats: Game 40

At least they scored three runs for you today, Shark. Too bad you had the Keystone Cops playing defense behind you for the first two innings.

The graphs for Game 40 (courtesy of Fangraphs): 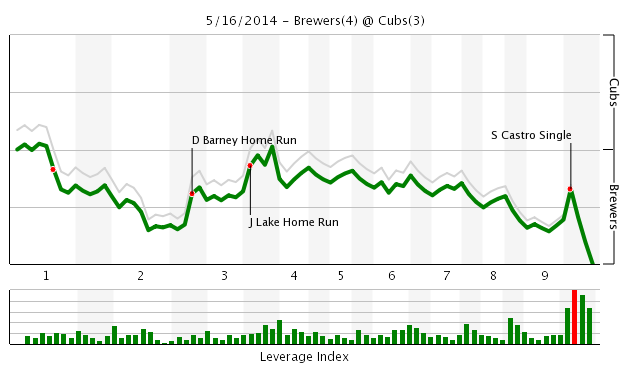 Castro creeps ahead further in the Hero division with another Superhero performance, while Castillo ties Olt for third place in the Goat division. And hopefully the weather tomorrow will be warmer. Not sure it could be much colder, to be honest. (Well, I guess it could be, but let's not think about that.)