Where did THIS guy come from?

Share All sharing options for: Cubs Heroes and Goats: Game 41

Regardless of who found him and how, can we keep him as opposed to that other guy that wore number 36? I'll pitch in some cash.

Graphs for Game 41 (courtesy of Fangraphs): 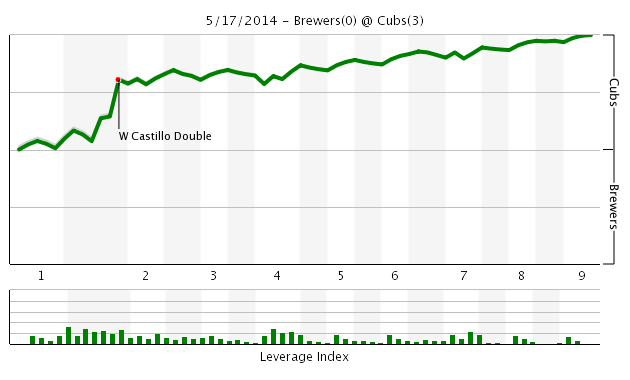 THE THREE GOATS: A tough-luck group today. But someone has to get the award daily, even if all things go well.

Castro continues to put distance between himself and Rizzo in the Hero division while Olt breaks the third-place tie in the Goats. The Cubs go for their second series win of the season tomorrow with Wood on the hill.