Two straight days of Superhero work from the starting rotation leads to the Cubs' second series win of the year.

Share All sharing options for: Cubs Heroes and Goats: Game 42

Graphs like this are a beautiful sight to behold.  Take the lead early and make it stick.

Graphs for Game 42 (courtesy of Fangraphs): 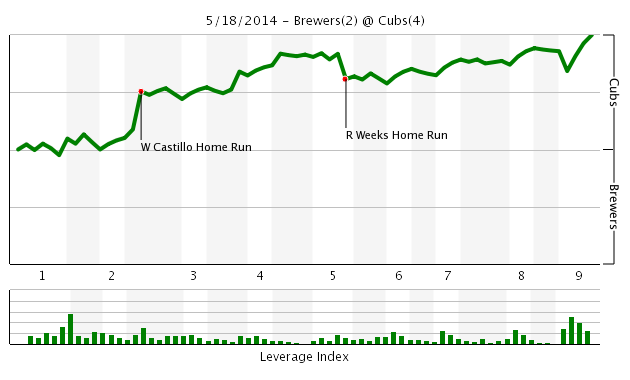 Castillo and Valbuena move closer to Rizzo in the Hero division, while Bonifacio registers his first Big Goat of the season.