The Cubs got swept by the Yankees in a doubleheader in New York last month. Perhaps these two games will work out better.

Before I have little fun with numbers, I should note that there's a pretty good chance of thunderstorms tonight That's a problem, because they really have to play this game tonight. With the Cubs heading to the West Coast after tomorrow, there's no way they'd play a split doubleheader and you know the Cubs don't want to play a straight-admission doubleheader Wednesday. The teams have only two common off-days -- May 29 and August 25 -- and playing on the latter would result in the Cubs playing 30 consecutive days, not something they're likely to approve.

Now, on to some numbers.

I happened to notice that Anthony Rizzo has 30 walks and 28 strikeouts going into tonight's game. Since he seems on pace to play all 162 games, that'd be 116 walks and 108 strikeouts, an impressive ratio.

Since 2007, here is a complete list of all the players who have had both 100 walks and 100 strikeouts in a season, and more BB than K:

All of those players had huge offensive seasons, with Ortiz and Bautista posting an OPS over 1.000, and A-Gon one of .958.

Now here's a complete list of all Cubs in team history who have had 100 BB and 100 K in a single season, with more walks than strikeouts: 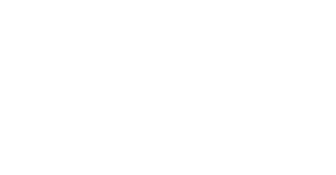 That's right. No Cub has ever done that. I'm looking for Rizzo to have a breakout season (which appears to have already begun).

More numbers, this time Cubs/Yankees numbers: The Cubs have never won a game at any stadium called "Yankee Stadium," either the old or new one. They were 0-4 at the old one in World Series games, and have gone 0-5 at the new one in interleague play. They're 3-3 against the Yankees at Wrigley Field in interleague play, winning two of three in 2003, losing two of three in 2011. There are, as you likely know, many former Cubs with the Yankee organization, from Alfonso Soriano to Joe Girardi to Larry Rothschild to Jim Hendry... and also including Mick Kelleher, the 1970s-era Cub who is the Yankees' first-base coach. Even Mike Quade is now in the Yankee organization; he's listed as a "roving instructor."

That said, apart from Soriano, there are no ex-Cubs on the Yankees' active roster. Speaking of Soriano, I believe he should get a warm welcome from Cubs fans tonight. That'd be well-deserved. The Cubs will also honor retiring Yankee Derek Jeter in a pre-game ceremony.

This pitching matchup is a rematch of the first game of the split doubleheader April 16 at Yankee Stadium. Jason Hammel pitched pretty well -- five hits, three runs in seven innings. Masahiro Tanaka pitched... better. A lot better. The Cubs got just three singles off Tanaka, two by Anthony Rizzo, one by Junior Lake. Given Tanaka's pitching since then... I'm not expecting much better.

Seven walks in 58 innings with 66 strikeouts, is what Tanaka has so far this year. Yeesh. It will be fascinating to watch him work in person.

Interestingly, tonight will be Tanaka's ninth start. Despite the Yankees playing teams in their own division multiple times already, the Cubs will be the first time he has faced twice.

You'll find the game preview -- like this one -- posting as the first link in the StoryStream™, which will then contain all the overflow threads and the recap. The recap will also be on the front page as a separate post; once I post a game recap, the stream for each game will be retitled "Cubs vs. (Team) (Day of Week) Game Threads" so you can go back and find every thread related to that particular game.