Opportunity knocked on multiple occasions in this game. Apparently the Cubs didn't hear it.

Share All sharing options for: Cubs Heroes and Goats: Game 44

This game has to go into the top three heartbreaking losses of 2014, if not number one. I can't think of one worse off the top of my head.

Graphs for Game 44 (courtesy of Fangraphs): 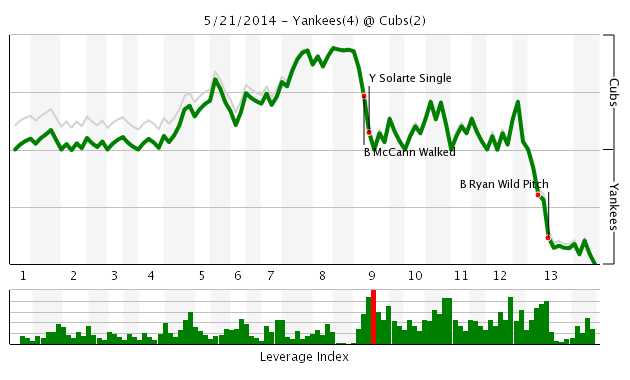 Pitchers dominate the charts Wednesday, taking five of the six spots, with Samardzija recording his fifth Superhero award of the season.