Upon finishing their examination, the aliens flew to San Diego and returned the real Edwin Jackson to the Cubs just in time for Friday night's game.

Share All sharing options for: Cubs Heroes and Goats: Game 46

I'm going to miss that other number 36 we had. He seemed like a good guy. At least now I understand why he didn't answer me when I asked him a question.

Graphs for Game 46 (courtesy of Fangraphs): 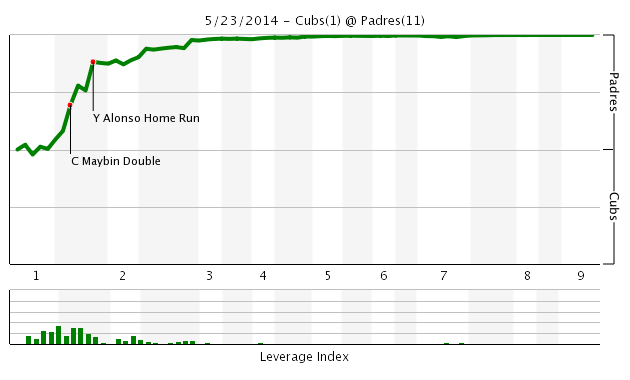 Today the Heroes and Goats will be presented in reverse order because - to quote James Cromwell from "I, Robot" - "Everything that follows is a result of what you see here." Dr. Lanning was a good guy... it's a shame he had a robot throw him through a window.

Oh, sorry. Got sidetracked there for a second. I'm sure you can understand why.

Since rules of the game dictate that three people must appear on each podium, Jackson picks five guys at random out of the dugout to stand by him as he takes the extra-tall Big Goat of the night.