One big inning does the Cubs in, and they head out of San Diego with a split.

Share All sharing options for: Cubs Heroes and Goats: Game 48

Could we have that sixth inning back? Just call a mulligan or something?

Graphs for Game 48 (courtesy of Fangraphs): 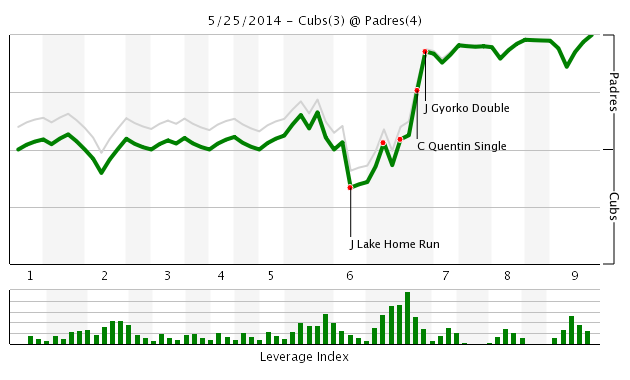 Castro extends his lead among the Heroes while Olt makes his 10th appearance among the Goats.