The Cubs' offense finally comes through for Shark and gives him his first win of the season.

Share All sharing options for: Cubs Heroes and Goats: Game 49

I bet he's relieved to finally have that giant albatross off of his back.

Graphs for Game 49 (courtesy of Fangraphs): 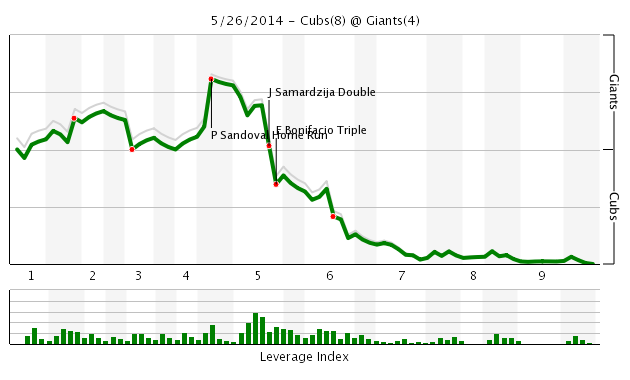 Castro now has the interesting honor of leading both the Hero and Goat divisions after Monday's win.