Edwin Jackson has turned into a box of chocolates.

Share All sharing options for: Cubs Heroes and Goats: Game 51

Now I've always found that when I'm digging into a box of chocolates, I'm normally safe grabbing one of the square ones. More times than not, those end up being caramels, and you can't go wrong with a caramel. The round ones, however, are always dangerous. And there's nothing worse than getting a coconut one. Seriously, nothing worse.

Oh, yeah. The Cubs got shut out, too.

Graphs for Game 51 (courtesy of Fangraphs): 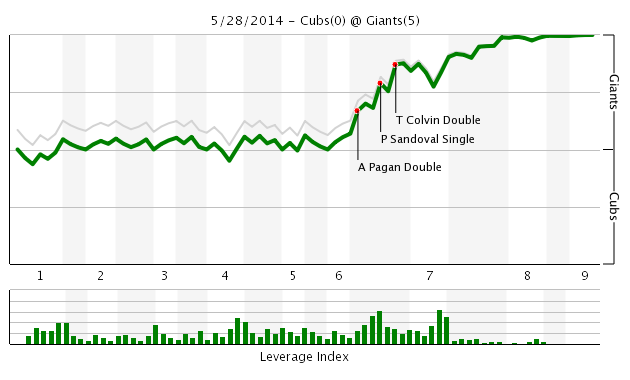 Jackson picks up his fourth Superhero of the year, while Lake falls into net negative territory on the plus/minus chart.