The Cubs Have Fixed The Wrigley Mural Mistakes

The errors I pointed out recently in the Wrigley murals have been corrected... along with some others.

Share All sharing options for: The Cubs Have Fixed The Wrigley Mural Mistakes

Recently, I wrote about some mistakes in the Wrigley Field 100th-anniversary murals that are on the outer walls on Waveland and Sheffield -- the Charles Lindbergh photo error and an error in a caption of a 1932 photo of kids in a tree across from Wrigley.

As of Thursday morning, a beautiful day to take a stroll around Wrigley, the Cubs have fixed these mistakes, as well as three others I learned about. Let's have a look, shall we?

The mural with the Lindbergh photo has been completely removed and replaced, likely because the Lindbergh photo wasn't taken at Wrigley. It's been replaced by a mural depicting the planting of the ivy on the outfield wall in 1937 (all photos in this post taken by me; click on each photo to open a larger version in a new browser window or tab): 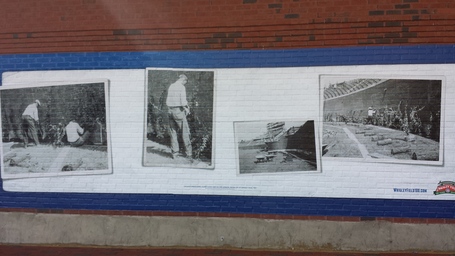 Nice photos. The man planting the ivy is identified as Elmer Clavey, whose family began a horticultural business in the Chicago area in 1886; it still exists today.

Here's the photo of the kids in the tree as it looks today: 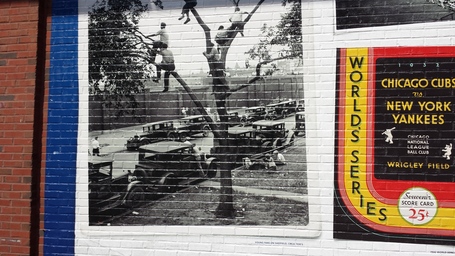 And here's the new caption: 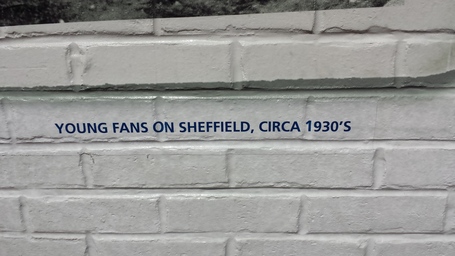 My article linked above gave the precise date of this photo, but the Cubs, apparently wanting to make sure the caption was 100 percent correct, went more generic. 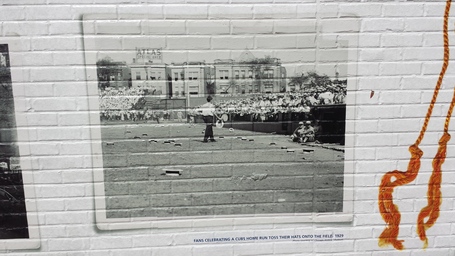 Here's the new caption on that photo: 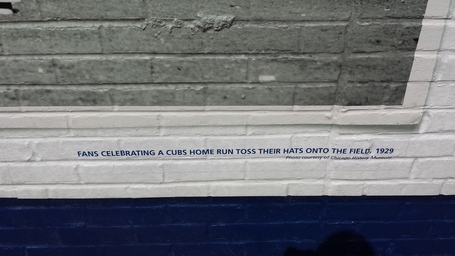 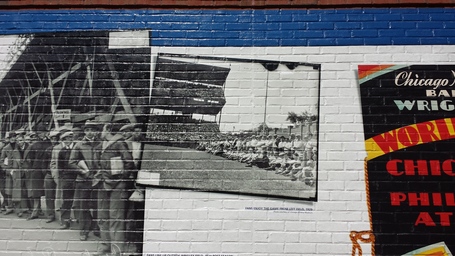 Here's the replacement caption for the above photo: 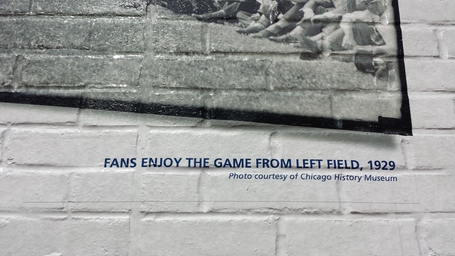 Finally, this patch was originally identified as a 1951 Cubs patch: 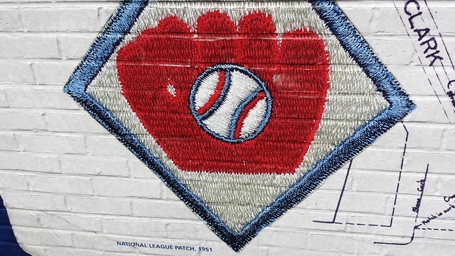 The patch was actually a National League patch, intended to commemorate the 75th anniversary of the founding of the National League. Here's the corrected caption: 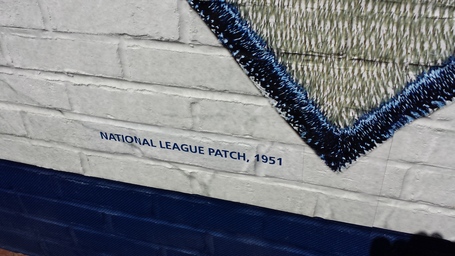 One more unrelated thing I'd like to mention about being around Wrigley Field this morning. It was very quiet in the neighborhood. There were a couple other people taking photos of the murals, a few people walking their dogs or heading to work or jogging on a gorgeous morning. Traffic was extremely light. It wasn't any different than being around my own neighborhood, a couple of miles away. This is how the area is on most non-game days -- just another quiet, city neighborhood -- and that's the case on 75 to 80 percent of all days in the calendar year.

For those residents near Wrigley who are bitching and complaining about the Cubs' plans "ruining" the residential character of their neighborhood, that's utter nonsense.