Another day, another early blowout.

Share All sharing options for: Cubs Heroes and Goats: Game 54

When the highlight of the game is Brian Schlitter getting a hit in his first-ever major league plate appearance, you know there are probably better ways to spend your afternoon.

Graphs for Game 54 (courtesy of Fangraphs): 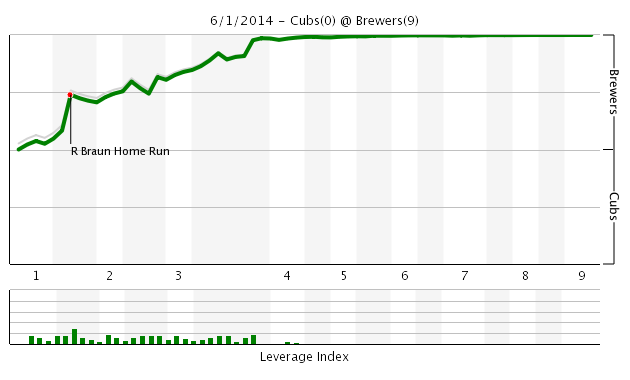 Rizzo rejoins Valbuena at the top of the plus/minus chart, while Samardzija picks up his second Big Goat of the year in epic fashion.