When it's cloudy overhead and life's got you down, who better to cheer you up than Anthony Rizzo.

Share All sharing options for: Cubs Heroes and Goats: Game 62

He didn't make the podium, but one word for Neil Ramirez' numbers this season: gaudy.

Graphs for Game 62 (courtesy of Fangraphs): 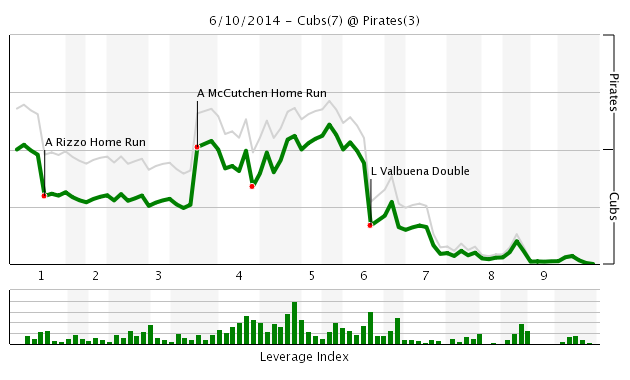 Rizzo leapfrogs Castro for the top of the Hero list, while Olt continues his slide toward the cellar.