When you're losing to Pittsburgh after six innings, it's normally over.

Share All sharing options for: Cubs Heroes and Goats: Game 63

The silver lining: It allows for a quicker start to writing game recaps. So there's that.

Graphs for Game 63 (courtesy of Fangraphs): 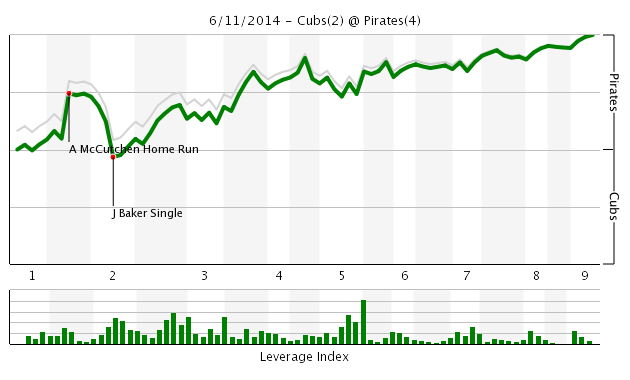