The Cubs get shut out for the ninth time this season and leave Pittsburgh with a whimper. Maybe not even a whimper. What's less than a whimper, anyway?

Share All sharing options for: Cubs Heroes and Goats: Game 64

Makes you feel all warm and fuzzy, doesn't it?

Graphs for Game 64 (courtesy of Fangraphs): 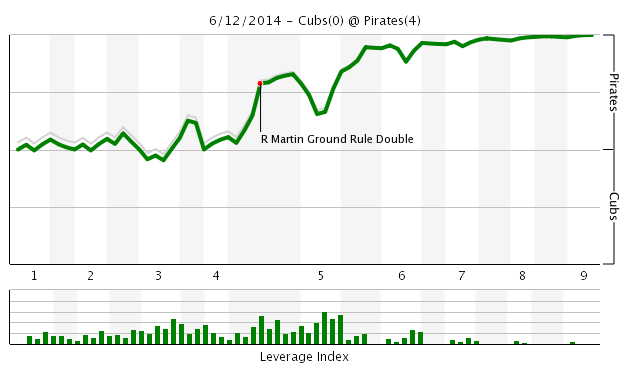 Barney continues his improbable run up the plus/minus chart, while Valbuena puts himself squarely in Rizzo's rear-view mirror.