Some nights you can have next to no offense and still win.

Share All sharing options for: Cubs Heroes and Goats: Game 65

Because some nights your starter will throw his best start in two years and bail you out. Not a solid plan, but it worked nonetheless.

Graphs for Game 65 (courtesy of Fangraphs): 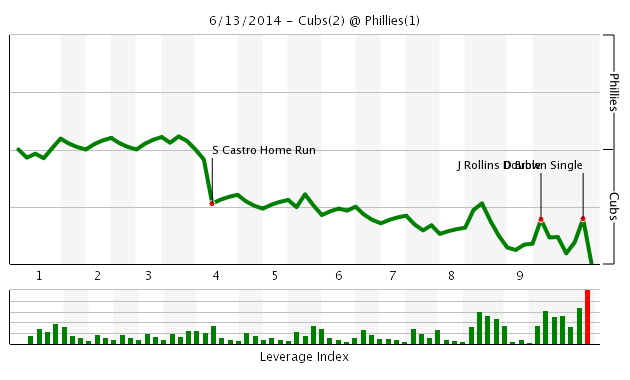 Castro ties Rizzo at the top of the Hero board, while Valbuena finally picks up his first Billy Goat of the year.