Share All sharing options for: Cubs Heroes and Goats: Game 66

Good to see the starts-eater once again get shellacked and go less than five innings. Somebody make it stop...

Graphs for Game 66 (courtesy of Fangraphs): 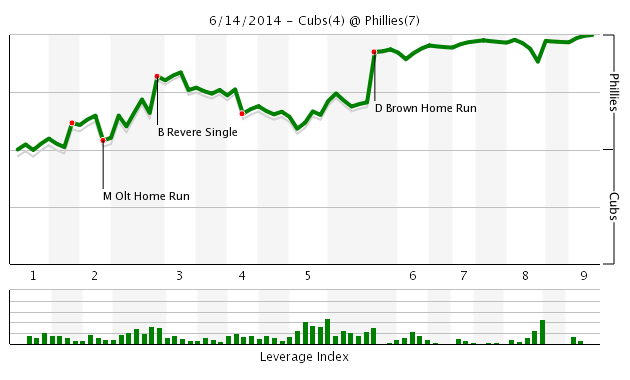 Valbuena rebounds nicely after Friday's performance, while Jackson continues to do what he does best.