Travis Wood ends the Pennsylvania leg of the road trip with a gem.

Share All sharing options for: Cubs Heroes and Goats: Game 67

What better way to end a series than with a three-hit performance over eight innings.

Graphs for Game 67 (courtesy of Fangraphs): 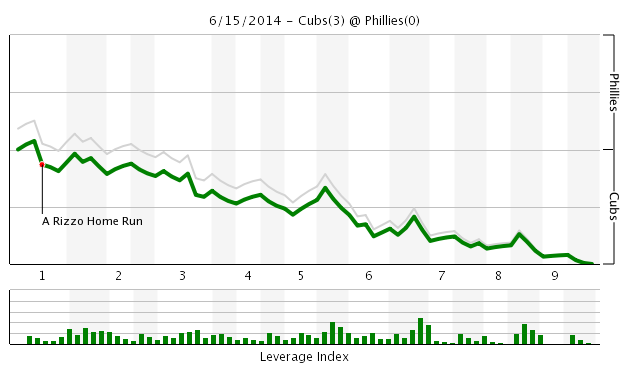 Lots of activity from the top players on the plus/minus chart as the top four players that are not starting pitchers all move either up or down.