Another huge win in 13 innings against the Marlins with Travis Wood providing the heroics.

Share All sharing options for: Cubs Heroes and Goats: Game 68

Huge tip of the hat to the Cubs' bullpen tonight, racking up seven innings of shutout ball while striking out eight.

Graphs for Game 68 (courtesy of Fangraphs): 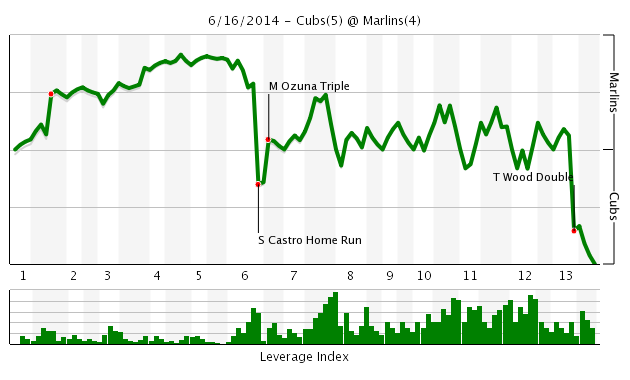 Castro extends his lead on the Hero chart while Hammel picks up his sixth Billy Goat, the most among the starting pitchers.