It's often said that football is a game of inches. All it took was a few of them last night for the Marlins.

Share All sharing options for: Cubs Heroes and Goats: Game 69

On the other hand, had the ball hit by Garrett Jones flown a few inches shorter and ended up as a double, who knows what kind of chaos could have ensued from another potential extra-inning game. Very tarnished silver lining?...

Graphs for Game 69 (courtesy of Fangraphs): 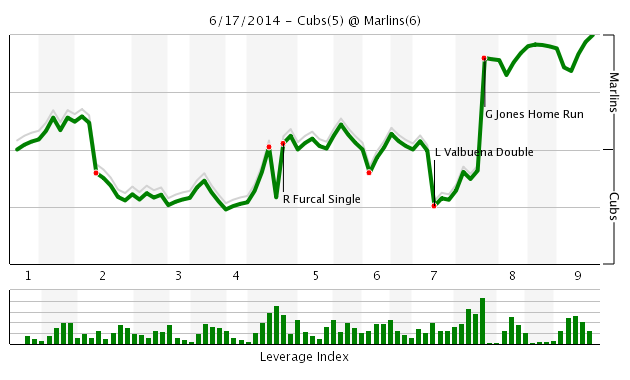 Valbuena takes over the lead on the plus/minus chart thanks to a four-point swing in the podium races.