Share All sharing options for: Cubs Heroes and Goats: Game 70

Fun fact about Jake Arrieta: In his last three starts, he has allowed only one run over 20 innings while striking out 27. Pretty darn impressive, I must say.

Graphs for Game 70 (courtesy of Fangraphs): 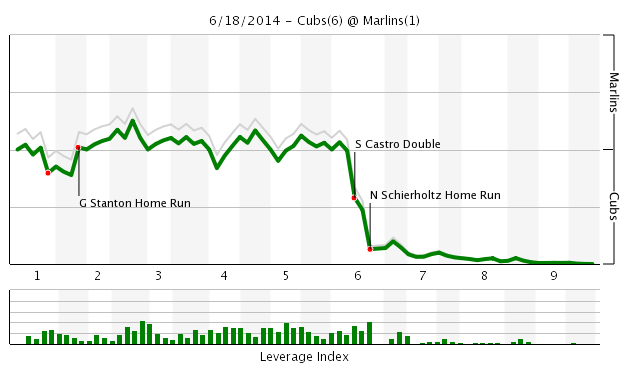 Castro widens the gap on the Hero chart, while Arrieta pulls the tough-luck pitcher daily double.