The Cubs continue the 100th anniversary of Wrigley Field this homestand with events and giveaways honoring the team's history from the 1940s.

The Cubs host the New York Mets and Miami Marlins in a six-game homestand starting Tuesday, and as has been the case for the team throughout the 100th anniversary year of Wrigley Field, the team will celebrate a specific decade -- this time, the 1940s

As I first revealed here two weeks ago, the Cubs have officially announced the return of former Cubs shortstop Lennie Merullo, who is the oldest living Cub at age 97 and the last surviving player from the 1945 World Series team. (He's also the fifth-oldest of all living former players and the oldest living player to have played in any World Series.)Merullo will throw a ceremonial first pitch Saturday, June 7, and he will lead the 7th inning stretch along with members of his family.

Friday, June 6, 10 alumni from the All-American Girls Professional Baseball League (AAGPBL) will throw ceremonial first pitches and sing the 7th inning stretch. The league, which was featured in the film "A League of Their Own," was created and financed by Cubs owner Philip K. Wrigley in 1943.

As the team has been doing throughout these "decade" celebrations, they'll wear a throwback uniform for the Sunday, June 8 game against the Marlins. This time, it'll be from 1942 – the last year the team wore its uniform with a unique zipper vest and blue undershirt. This uniform also features a "Health" patch that was worn by teams that year to promote the "Hale America" fitness campaign. The visiting Marlins will wear a uniform inspired by the Miami Sun Sox, a minor league team in Florida during the late 1940s and 1950s. You can see the Cubs' throwback uniform above; you can see the cap the Marlins will wear at this Sun-Sentinel link.

Giveaways this homestand include a Cubs cooler bag June 4 (first 10,000 fans); a Jersey Off Our Back lucky seat promotion Thursday, June 5 and the usual bobblehead Friday and throwback Sunday giveaway. The Friday, June 6 bobblehead features the All-American Girls Professional Baseball League (first 10,000 fans), and Sunday, June 8, there will be a "mini figure" of Andy Pafko, a five-time All-Star and teammate of Lennie Merullo on the 1945 World Series team for the first 5,000 kids. Here's what the bobblehead and "mini figure" look like: 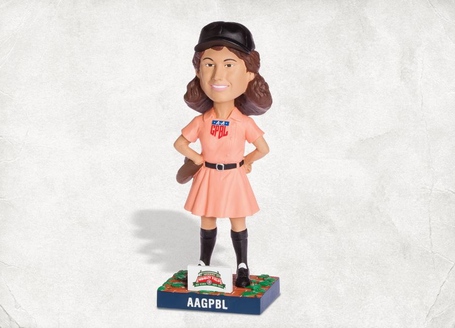 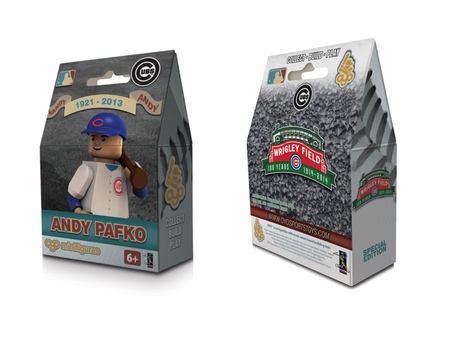 Finally, as has been the case throughout these "decade" celebrations, the Cubs will have specialty food offerings. The Decade Dogs stand near section 123 is serving Corn Dog Nibblers, which are deep-fried Vienna Beef mini corn dogs, as shown here: 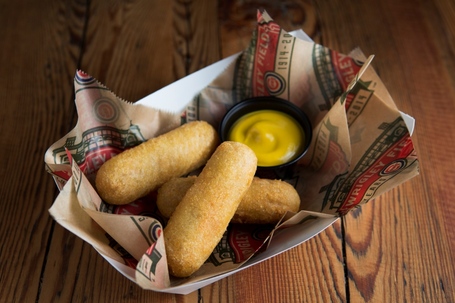 Adults 21-and-over can enjoy a 1940s Day Game cocktail – a variation of a Hurricane, made with Captain Morgan Rum, Meyers Dark Rum and Finest Call Hurricane Mix. The Day Game will be served in limited-edition souvenir glasses during the upcoming homestand on the main concourse at section 109 and the bleacher patio in left field. 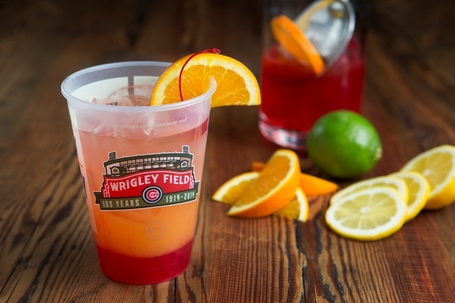