The Cubs put up five runs early and once again the bullpen makes it stick, throwing four more scoreless innings.

Share All sharing options for: Cubs Heroes and Goats: Game 71

Fun fact I learned today while listening to the game: The Cubs' record of 18-13 in their last 31 games is the best record of any team in the National League during that span. As Jack Palance would say: "Believe it, or not."

Graphs for Game 71 (courtesy of Fangraphs): 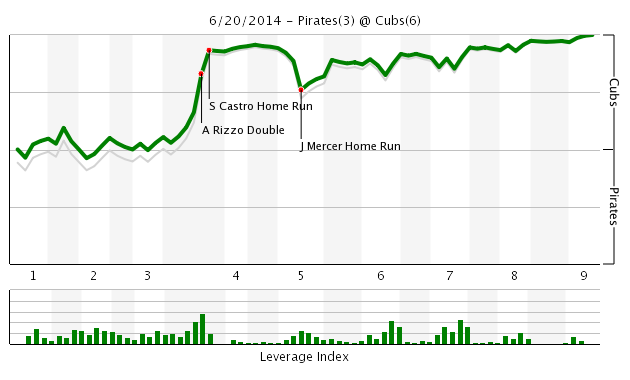 THE THREE HEROES: Basically all three spots today were determined by the events of the first and third innings.

Movement on both extremes of the plus/minus chart as Rizzo climbs higher and Schierholtz returns to the basement.