Travis Wood follows up one subpar outing against Pittsburgh with another one, only this time he doesn't get the win for it.

Share All sharing options for: Cubs Heroes and Goats: Game 72

He didn't make the podium, but honorable mention to Eli Whiteside for actually driving in a run.

Graphs for Game 72 (courtesy of Fangraphs): 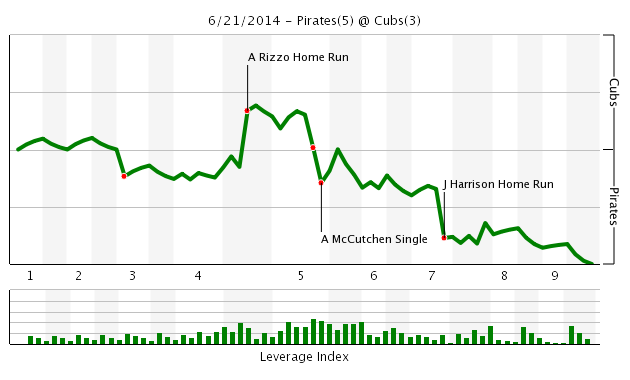 The top and bottom of the plus/minus chart again extend as Rizzo pushes his lead and Grimm reclaims the basement for himself.