Concessions Of A Cubs Fan: The TV Dinner Dog

BCB's Danny Rockett eats a TV Dinner Dog so you don't have to.

Share All sharing options for: Concessions Of A Cubs Fan: The TV Dinner Dog

The Cubs are celebrating the 1950s this homestand by offering a hot dog homage to one of the worst inventions of the decade, the TV Dinner. First marketed by Swanson and Sons beginning in 1953, the TV Brand Frozen Dinner sold five million units in its first year of production and Americans began their love affair with prepackaged frozen food, full of salt and artery-clogging fats. The concept was not completely new. Frozen meals such as Swanson's had been served on airplanes in the 1940ss, but in 1953 the first "TV Brand Frozen Dinner" consisting of turkey, sweet potatoes, peas and cornbread dressing was sold as a modern convenience food for 99 cents. The apple cobbler wasn't added until 1960. 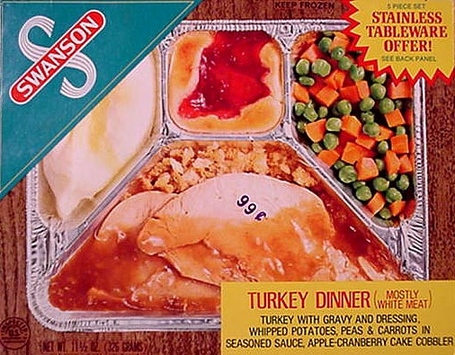 With every decade dog I review, I become increasingly more skeptical that anyone in the Cubs marketing department actually ate these things before unleashing them on fans. The Reuben Dog was an under-meated, cold-cheesed salt fest. The Cheesesteak Dog was smegma-covered low quality meat with cold peppers. I skipped the 1920s Chicago Style dog because the ballpark already serves those, and also the 1940s Corn Dog Nibblers, because I don't really like corn dogs -- at least not for seven bucks! The TV Dinner Dog seems at least to pay a fitting tribute to Swanson's 1953 "TV Brand Frozen Dinner," in that I expect them both to be nearly inedible.

The bar for what I consider food lowers with every beer I drink. Heck -- after a six-pack I consider General Tso to be the greatest chef to ever have lived! So I waited until after the seventh-inning stretch to arm myself with enough liquid courage to sample the TV Dinner Dog. After a rousing Ernie Banks/Tom Morello-led sing-a-long, I headed over to the decade dog stand near the main entrance to Wrigley, and ordered two TV Dinner Dogs for my brother-in-law Rob and me, and was promptly told that they were out of hot dogs.

Phew! I dodged a bullet! No TV Dinner Dog for me! But, how could a baseball concessions booth be out of hot dogs?! It's the single most popular food item at a ballgame! Incredulously, I asked the concessions employee how this could be, but I should have just left hungry, because as I asked, someone at the grill announced that there actually were some hot dogs left.

Hmm. Magically found hot dogs? Is that like when you show up late to a BBQ and end up eating the overcooked shriveled wieners wrapped in tin foil hours earlier?

I ordered. Waited. And then was given two fully loaded Chicago Style dogs which looked delicious. This concessions trip was turning into a debacle. First they have no hot dogs. Then they find some hot dogs. Then they give me the wrong hot dogs. I politely told the woman that I actually ordered the TV Dinner Dog. She apologized for her mistake and took away the Chicago Styles and within a minute replaced them with these. 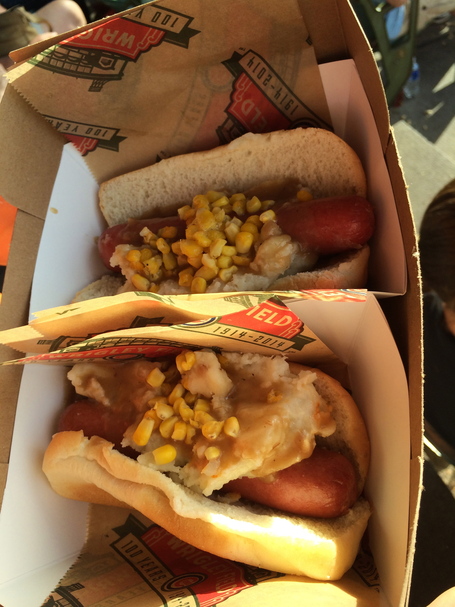 The TV Dinner Dog is boxed mashed potatoes, corn, and somehow the Cubs got hold of my high school cafeteria's gravy. As you can see, one dog is over-corned and the other is over-potatoed. Rob took the over-corned decade dog and took a bite. 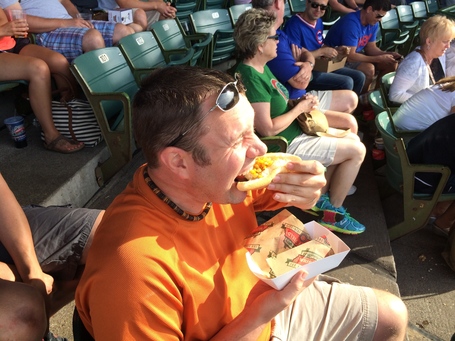 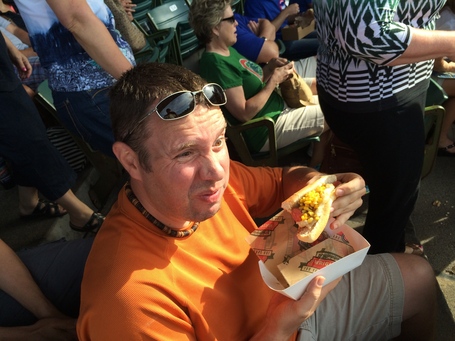 Rob swallowed hard, turned to me and said, "I'll say thank you to be polite." 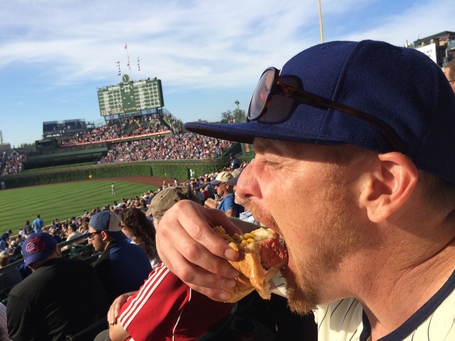 If you ever wondered what Socrates looked like sipping hemlock...

The potatoes affixed themselves to the roof of my mouth as the corn swam over my tongue in warm gravy. The essence of salty dog then overpowered the blandness of the other flavors upon chewing. And with a swallow that barely passed my epiglottis, bite one disappeared into a pool of overpriced Goose Island beer.

The corn? Well…you know that bag of frozen corn you bought a year ago that you decide to eat with a can of baked beans when you're nearly out of food? Yeah, that's the corn they use.

The gravy? Well, here's my personal weakness. I loved my high school cafeteria's gravy. In fact, I still slather processed Target brand gravy all over my delicious mashed potatoes and organic whole chickens. A sacrilege, I know. But sometimes fake food tastes better than the real stuff. That's just how it is. Better living through chemicals. The bun couldn't really handle the gravy either. Half way through this dog I was holding a soppy mess. 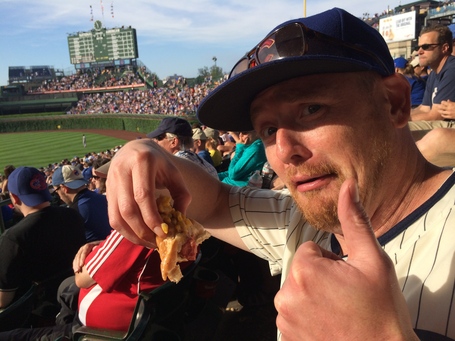 But what did I expect? This is a TV Dinner Dog. TV Dinners are horrible!

Overall, I would have been more impressed if the Cubs celebrated the decades with a gourmet version of the TV Dinner. Real mashed potatoes. Fresh corn. The gravy can stay. And even though it wasn't added until 1960, the chefs could have worked in a little apple cobbler, though cherry cobbler would be better. I know it's impossible to cook real food at Wrigley Field given the space constraints, but this TV Dinner Dog, like the TV Dinner, is just bad.

In fact, all of the decade dogs I've eaten could have been better if they were executed with the culinary flair and flavor the modern palette has come to expect. How about real provolone cheese on quality steak for a cheesesteak dog? Or pile the Reuben Dog high with corned beef, swiss, kraut, and dressing on a rye bun. They've all been underwhelming in flavor and presentation. I expect more of a $7 hot dog.

Rob said it best after finishing his unfortunate meal: "I know why they call them decade dogs… because it takes 10 years to get the taste out of your mouth." 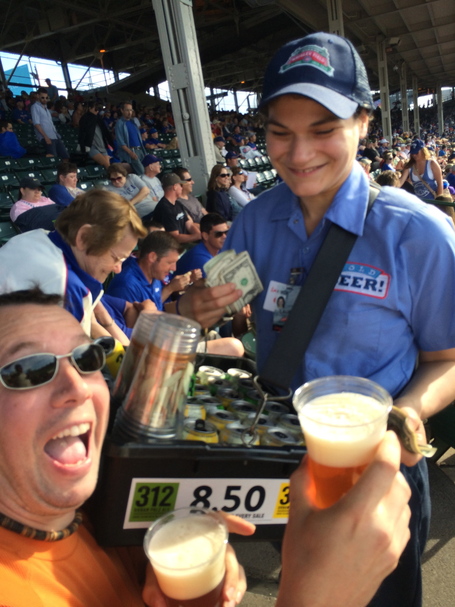