Two pinch-hitters led to two-thirds of the Goat podium on Sunday.

Share All sharing options for: Cubs Heroes and Goats: Game 73

Getting four baserunners off of Tony Watson and Mark Melancon in the same game is quite the accomplishment. Unfortunately, it only led to one run.

Graphs for Game 73 (courtesy of Fangraphs): 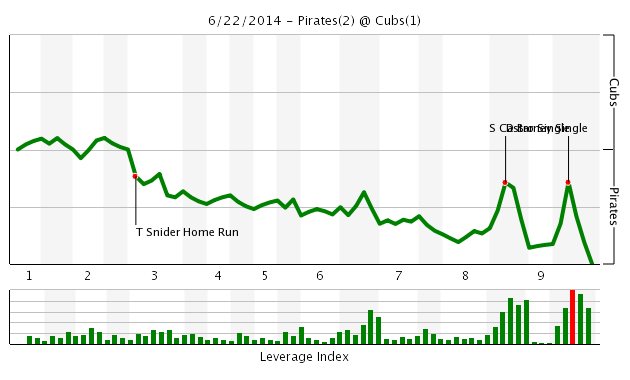 Castro breaks the 50-point mark on the Hero chart, while Valbuena continues to slide backwards on the plus-minus chart.