Bloop hits and seeing-eyed singles in the ninth led to the demise on Monday night. Oh, and Devin Mesoraco too.

Share All sharing options for: Cubs Heroes and Goats: Game 74

Also, a new feature has been added to Heroes and Goats: Vote for your Cubs Player of the Game! The poll is at the bottom.

Graphs for Game 74 (courtesy of Fangraphs): 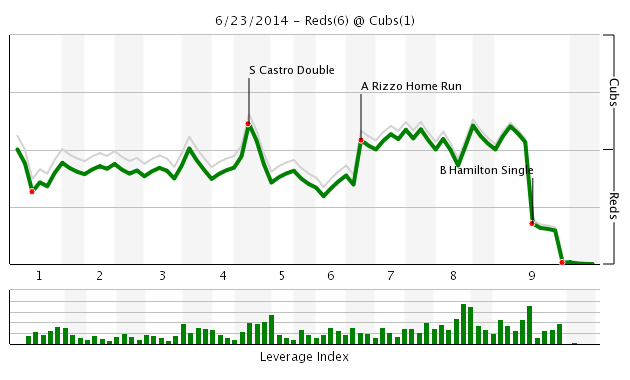 Rizzo becomes the first player to break the 30-point barrier on the plus/minus chart, while Castillo and Ruggiano occupy the Goat podium for the second night in a row.