You can't stop Jake Arrieta! You can only hope to contain him!

Share All sharing options for: Cubs Heroes and Goats: Game 75

If my math is correct, Tuesday night's performance by Arrieta makes four straight starts for him with a game score above 70. Given that he had four such starts in all of 2012 and 2013, I'd say that's a big deal.

Don't forget to vote for your Cubs Player of the Game!  The poll is at the bottom.

Graphs for Game 75 (courtesy of Fangraphs): 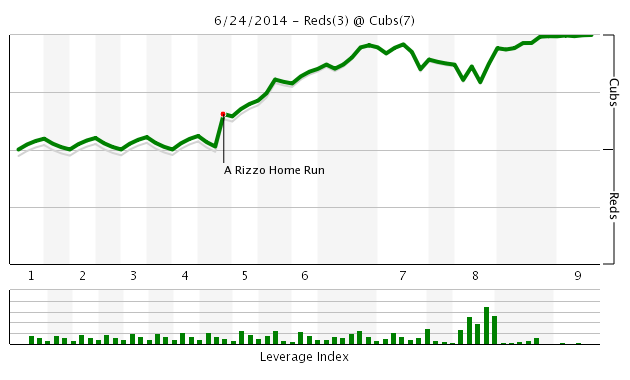