It's Bizarro World today at Heroes and Goats!

Share All sharing options for: Cubs Heroes and Goats: Game 78

Perhaps someone switched the Hero and Goat podiums around today as part of some kind of practical joke. But hey, I'll take the win any way it comes.

Graphs for Game 78 (courtesy of Fangraphs): 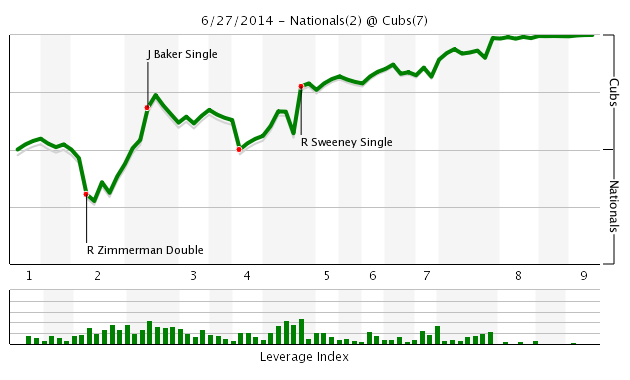 Baker records his first Superhero of the year on a career day, while Castro and Rizzo still wonder if the podiums got switched around.