Hey, rookie. You were good.

Share All sharing options for: Cubs Heroes and Goats: Game 79

Unfortunately, everyone else... well, not so much.

Graphs for Game 79 (courtesy of Fangraphs): 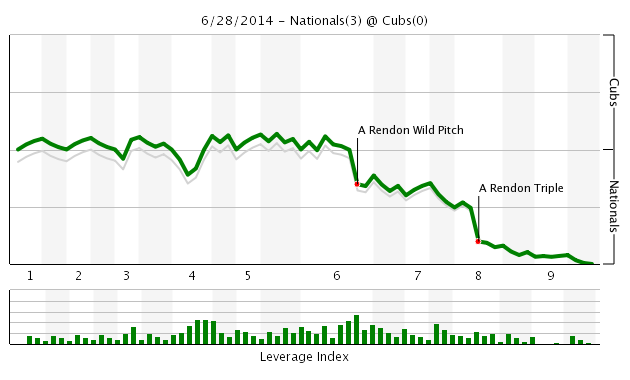 Beeler comes up from Iowa and takes the top of the Hero podium for the game, while Grimm continues to duel with Schierholtz for the bottom of the plus/minus chart.