Share All sharing options for: Cubs Heroes and Goats: Game 55

Okay, so how many people had Nate Schierholtz and Chris Coghlan as the top two heroes of the game on their scorecards at home? Anyone? Anyone?...

Graphs for Game 55 (courtesy of Fangraphs): 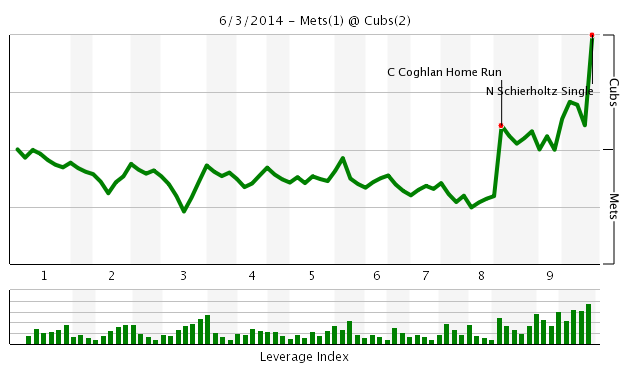 Schierholtz escapes from the plus/minus basement with his heroics, while Lake sinks deeper into negative territory.