Rizzo to the rescue!

Share All sharing options for: Cubs Heroes and Goats: Game 57

Graphs for Game 57 (courtesy of Fangraphs): 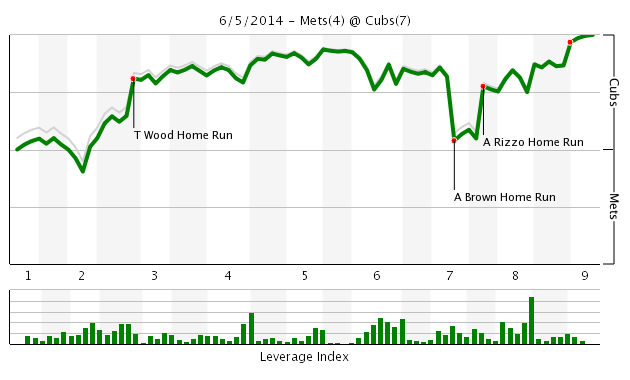 Rizzo picks up his third Superhero in the last five games, while Grimm collects his team-leading sixth Big Goat of the year.