The Hammel and Rizzo shows roll on, and the Cubs extend their winning streak to four.

Share All sharing options for: Cubs Heroes and Goats: Game 58

It bears mentioning: What you won't see on the Hero podium today are Brian Schlitter and Carlos Villanueva, both tied at .267 with two scoreless innings each. Huge tip of the hat to both of them for keeping the game going.

Graphs for Game 58 (courtesy of Fangraphs): 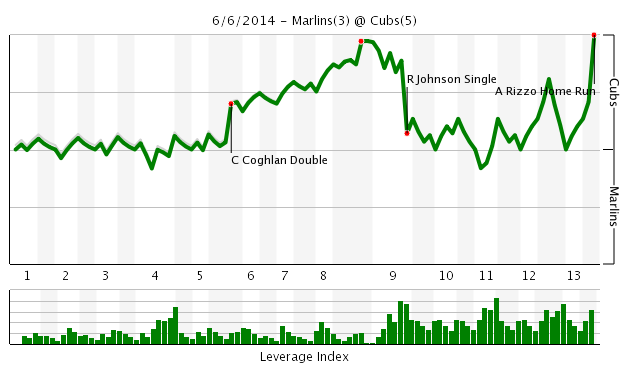 Rizzo extends his lead on the plus/minus chart, and Whiteside makes his debut as a Goat.