The good times keep on rolling as the win streak hits five.

Share All sharing options for: Cubs Heroes and Goats: Game 59

So I have to admit, I didn't see the early portion of today's game because we were out running some errands. During our travels, I picked up a Chromecast, which I had been meaning to do for some time now. After getting it set up and watching MLB.tv on my television, I can safely say it's the best $35 I've ever spent.

Also, I can only hope I look as good as Lennie Merullo when I'm 97. What a guy.

Graphs for Game 59 (courtesy of Fangraphs): 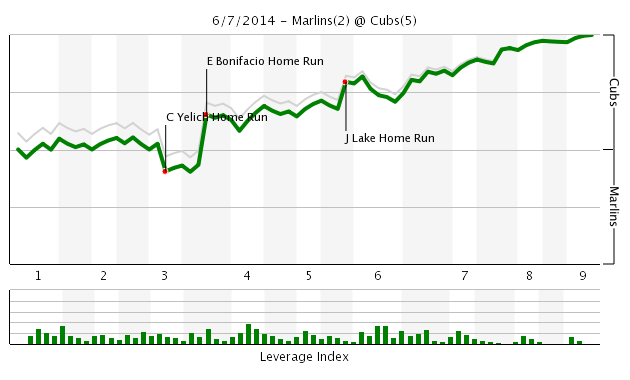 Shark edges closer to Hammel on the Hero list, while Whiteside makes the Goats for the second day in a row.