The Cubs reach the halfway point of the season in style, with Jake Arrieta coming up just four outs short of a no-hitter in a 2-0 victory.

Share All sharing options for: Cubs Heroes and Goats: Game 81

Interesting tidbit: Had Arrieta actually thrown the no-no, it would have likely led to Starlin Castro being a rare negative hero on the night as only one hitter had a WPA above zero.

Graphs for Game 81 (courtesy of Fangraphs): 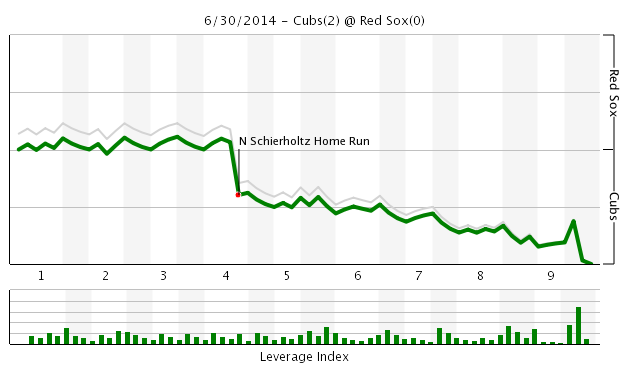 Arrieta's gem pushes him to the top of the plus/minus chart among starting pitchers, while Rizzo and Schierholtz find themselves part of a strange reversal of fortune.