Hey, rookie. You weren't as good this time.

Share All sharing options for: Cubs Heroes and Goats: Game 90

Then again, with the Cubs only mustering up five hits against Alfredo Simon, an encore of his debut performance may not have mattered.

Graphs for Game 90 (courtesy of Fangraphs): 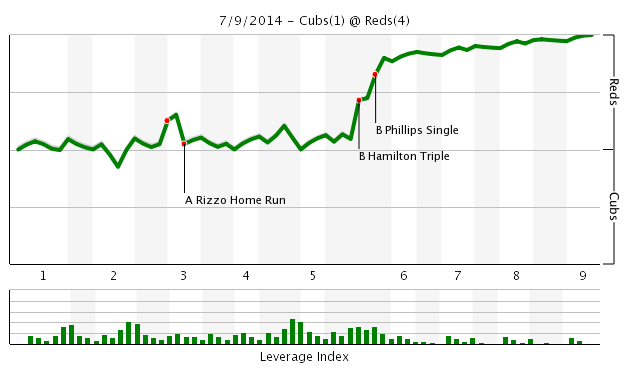 UPDATED RANKINGS THROUGH GAME 90 (Changes in Bold, Notations Below):

Rizzo climbs back to within one point of Castro on the Hero chart, while Beeler pulls off the infamous Goat Daily Double.