That guy was tre-Mendy-ous! (Hey, I've gotta get in on the puns, even if they're really bad. Everyone's doing it.)

Share All sharing options for: Cubs Heroes and Goats: Game 91

So let me get this straight... you're telling me that the Cubs had some short guy who used to play second base, and he had a good glove, and he wore number 15?

Why do I not remember this guy?

Graphs for Game 91 (courtesy of Fangraphs): 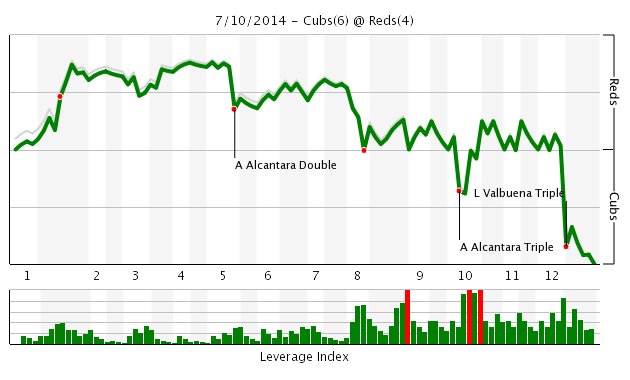 UPDATED RANKINGS THROUGH GAME 91 (Changes in Bold, Notations Below):

Mendy puts up a huge day at the plate to lead the Heroes, while Schierholtz once again falls to the bottom of the plus/minus chart.