Hector Rondon couldn't get the job done, but Justin Ruggiano provided the heroics to give the Cubs the win in the first game of the series.

Share All sharing options for: Cubs Heroes and Goats: Game 92

While Jake Arrieta's outing today won't get him on the Hero podium, it was still worthy of honorable mention, allowing only four hits and three runs over 7⅔ innings.

Graphs for Game 92 (courtesy of Fangraphs): 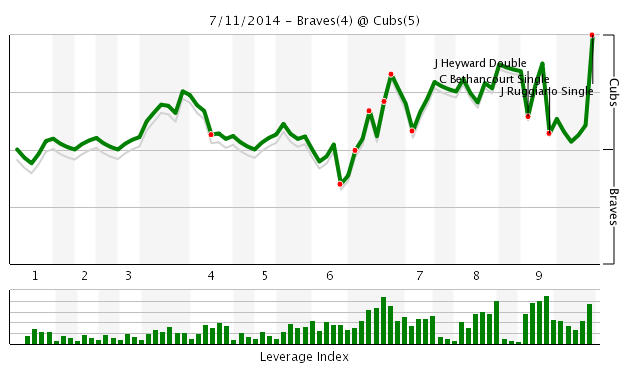 UPDATED RANKINGS THROUGH GAME 92 (Changes in Bold, Notations Below):