I'm pretty sure you can guess who the Billy Goat was on Saturday. It's become a common occurrence every five days.

Share All sharing options for: Cubs Heroes and Goats: Game 93

Graphs for Game 93 (courtesy of Fangraphs): 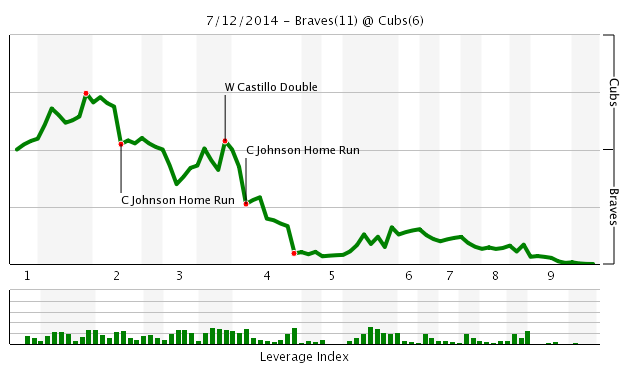 UPDATED RANKINGS THROUGH GAME 93 (Changes in Bold, Notations Below):

Ruggiano and Coghlan continue their dominance on the Hero podium, while Jackson picks up his team-leading eighth Billy Goat and falls to the bottom of the plus/minus chart.