Two bad innings for Travis Wood proved to be too much to overcome.

Share All sharing options for: Cubs Heroes and Goats: Game 94

The subpar performance by Zac Rosscup in the seventh certainly didn't help matters either, although it won't show up as a podium appearance for him.

Graphs for Game 94 (courtesy of Fangraphs): 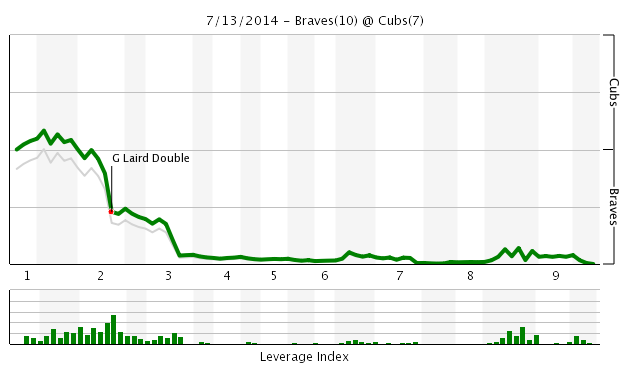 UPDATED RANKINGS THROUGH GAME 94 (Changes in Bold, Notations Below):

Alcantara visits the Hero podium for the third time in his first five games, while Wood tries to figure out how to get away from the Goat podium.