In a matter of two batters in the ninth, the Goat podium completely changes while the Cubs walk away with the loss in the first game of the series.

Share All sharing options for: Cubs Heroes and Goats: Game 95

Once again Zac Rosscup dodges a Goat podium appearance despite giving up the lead in the sixth inning. Something tells me, though, that when the next round of roster moves comes around, Rosscup could be finding his way back to Iowa.  Call it a hunch.

Graphs for Game 95 (courtesy of Fangraphs): 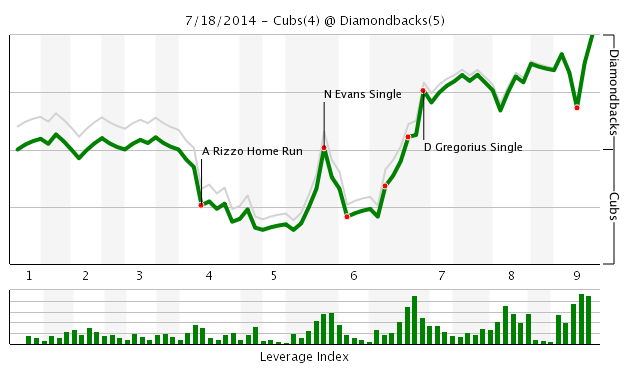 UPDATED RANKINGS THROUGH GAME 95 (Changes in Bold, Notations Below):

Rizzo returns to the top of the Hero board, while Sweeney and Castillo work their way to the Goat podium at the very last minute.