Luis Valbuena drives in the winning run, but Starlin Castro leads the Heroes with an uncommon feat.

Share All sharing options for: Cubs Heroes and Goats: Game 82

Castro's performance on Tuesday night makes him the 23rd player in all of baseball this year to post a WPA higher than .300 without an RBI to assist.

There are five poll choices tonight for Player of the Game. Voting should be a little more interesting this time.

Graphs for Game 82 (courtesy of Fangraphs): 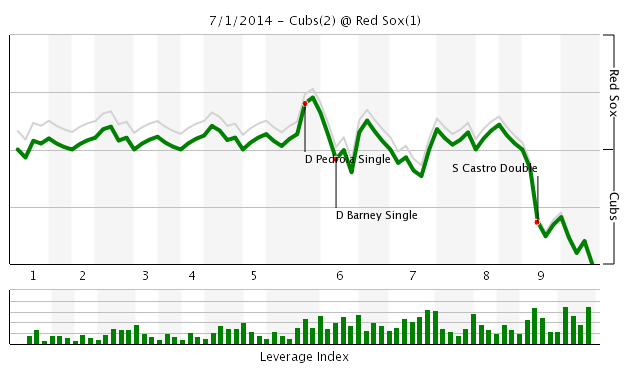