Travis Wood once again finds himself in trouble almost all night and picks up his fifth Billy Goat in his last five podium appearances.

Share All sharing options for: Cubs Heroes and Goats: Game 96

Well, so much for my 2-1 prediction for this series.

Graphs for Game 96 (courtesy of Fangraphs): 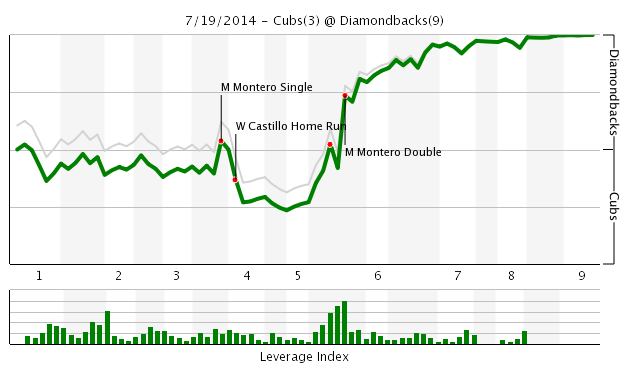 UPDATED RANKINGS THROUGH GAME 96 (Changes in Bold, Notations Below):

Castillo rebounds nicely from Friday night's performance, while Wood passes Edwin Jackson for the top of the Goat board among starting pitchers.