BCB's Danny Rockett visited the new Cubs player development facility in Highland Park, Illinois to see what the future will look like on the North Side of Chicago in 20 years.

The Cubs have delved further in their quest to foster prospects towards a future of World Series rings and annual contention by opening a new prospect development facility in Highland Park, Illinois. With the success of the recently opened baseball academy in the Dominican Republic, the Cubs have decided to build upon their "Cubs Way" prospect training by opening the Sandlot Sluggers baseball academy a mere 45 minutes from Wrigley Field. 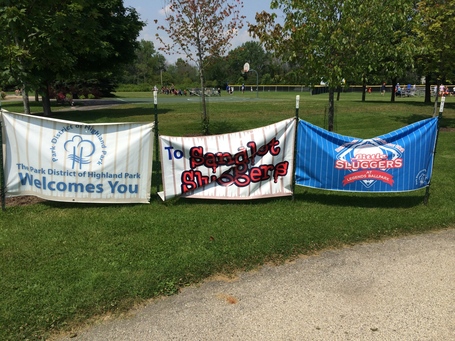 The first thing I noticed when visiting the Cubs' new facilities is that they are definitely major-league standard. As opposed to my memories of the baseball training I received in the mid-1980s, where our outfield was covered in goose poop, and we regularly used mitts and hats for bases, Sandlot Sluggers park is neatly manicured. Also, quite unlike my playing days, the bleachers aren't littered with beer cans and cigarette butts discarded by teenagers the night before. This facility is top notch!

So, how do the Cubs pay for all of this? Well... they don't! Parents and local taxpayers are responsible for the upkeep of the park and equipment. A mother of one of the Cubs prospects, outfielder and lefty slugger Jackson Lover, intimated to me that her investment in the future of Cubs baseball is worth all the carpooling and juice boxes if the Cubs can continue building the strongest organization in baseball. 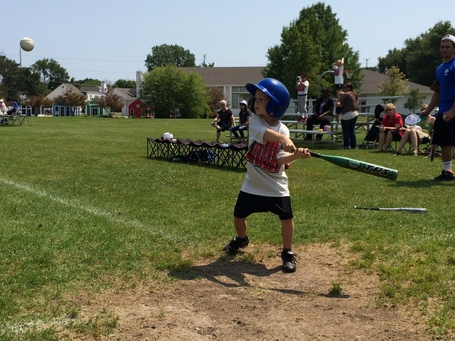 Here's Jackson Lover connecting with a change up. The pitcher/coach threw him a meatball and he didn't miss! Unfortunately, he forgot to run to first base. But teaching the fundamentals of baseball is what Sandlot Sluggers is all about. After a few seconds of Jackson admiring his ground ball through the infield, the Cubs coaches yelled "run" and he was off, showing good speed as he was held to a long single.

The Cubs are also prepared to make a splash in the next few decades by hoping to be the first team to break the gender barrier in baseball. Meet Minnie Mantle. 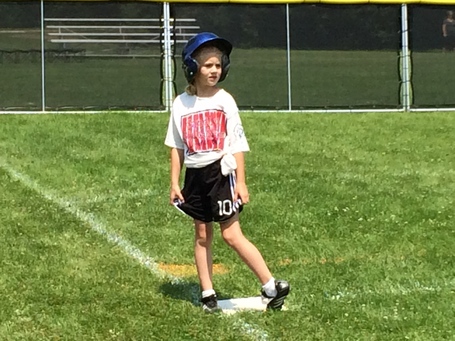 Power, speed, defense, a love of kittens, and pure athleticism are the player attributes the Cubs hope will launch Minnie Mantle to superstardom in the Major Leagues by the year 2032. The Cubs signed her out of the Lincoln School morning kindergarten class last year and have her under team control for the next 12 years, at which point she will graduate high school and be arbitration eligible. 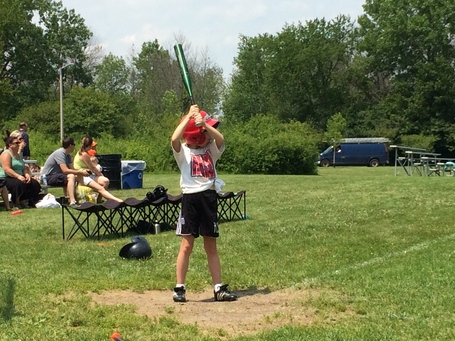 Though her batting stance has been compared to the weak hitting Craig Counsell, I watched Minnie go 5-for-5 and score five runs. In fact, all the players went 5-for-5 and scored five runs, as no outs were recorded during the entire game.

The only holes in Minnie's game were on defense as she was caught daydreaming at shortstop a few times, but as Cubs fans we're sorta used to that. 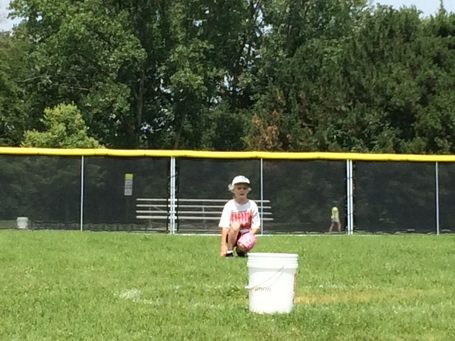 Of further concern is the Cubs continued use of a batting tee, which I assume is to accustom players to the shoddy facilities at Wrigley Field. 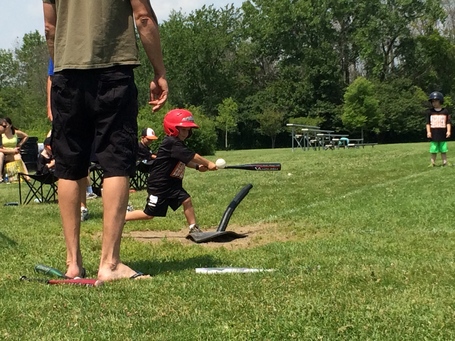 Still more disconcerting was the general lack of discipline among the young prospects. Right handed power hitter Chase N. Thadream, who is slated to replace Jorge Soler as the unfortunately added DH in 14 years, is a bit of a loose cannon, but I enjoyed watching his intense style of play. 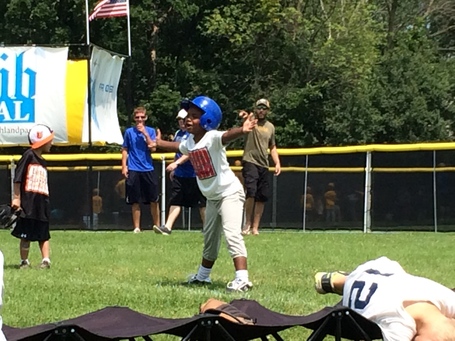 Chase is clearly frustrated by the on-deck hitter taking a nap on the bench.

Even the usually level headed Minnie Mantle had her feathers ruffled when asked to give up her batting helmet to her younger brother, the lefty power phenom, Jackson Lover, resulting in tears and a half inning of pouting. 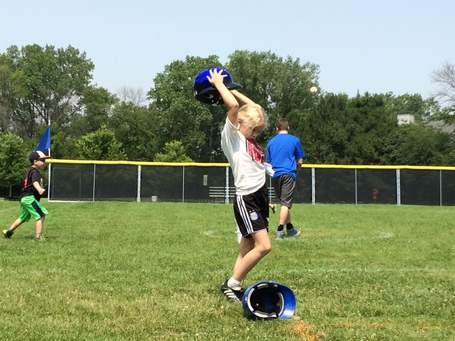 This team has tons of unbridled talent in need of focus, but the Cubs feel they have the right player development team in place, starting with third-grader Theadora Eggplant. 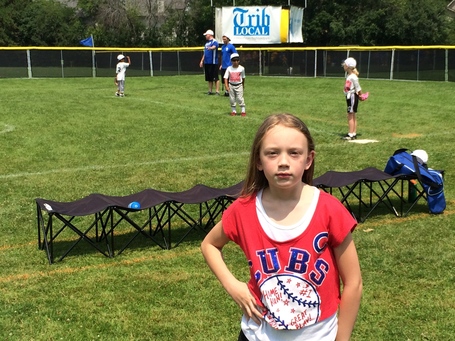 As a former player who felt her talents for baseball were better suited to the front office and player development, Theadora is the equivalent of Manny Ramirez at Iowa, an aging player sent to mentor the younger talent while also acting as a coach. Though she did not take an at bat in the game I saw, her presence on the sidelines doing cartwheels and hand stands was nothing but inspiring to the players she's charged with managing. Her responsibilities include submitting progress reports directly to Theo Epstein and trying not to laugh when one of the players falls over and cries while trying to field a ball. "Encouragement starts with not laughing at them." Theadora Eggplant intimated to me. "These are five- and six-year old kids, and the Cubs have emphasized patience. After 106 years, what's 25 more?" she chuckled.

With the Cubs youth movement in full implementation throughout the system, only time will tell if the "Cubs Way," when taught to players who still believe in Santa Claus, will yield future dividends. As Cubs fans, we certainly hope that the future is as bright as the sun shining on Sandlot Sluggers ballpark. 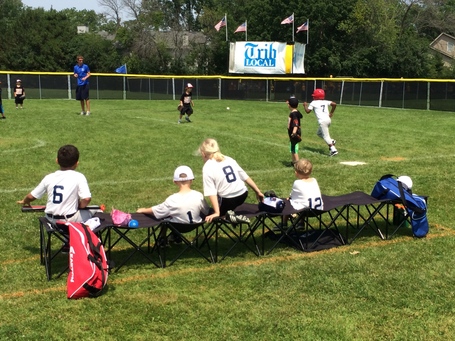