There won't likely be any wide lapel suits or huge perm hairstyles in evidence, though.

The Cubs' upcoming 10-game homestand will feature visits from the San Diego Padres, St. Louis Cardinals and Colorado Rockies starting tonight, July 22, through July 31. As has been the case for each recent homestand, the Cubs will celebrate a decade of Wrigley Field history, this time the 1970s, which is all within my lifetime as a Cubs fan (I attended more than 100 games between 1970 and 1979).

There are a number of special giveaways during this homestand; here are the ones likely to generate the most interest. 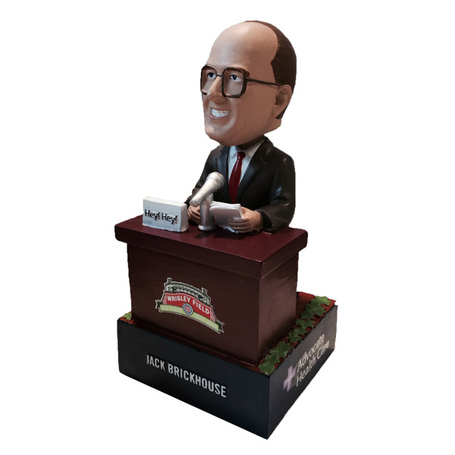 The cool thing about this bobblehead is that it will contain a sound chip with Jack's call of Ernie Banks' 500th home run, which you have likely heard often over the PA at Wrigley Field (if not elsewhere). Jack's widow, Pat, will throw out a ceremonial pitch and lead the seventh-inning stretch.

Saturday, July 26, Ernie himself will be honored with this replica of his statue outside Wrigley, also to the first 10,000 fans: 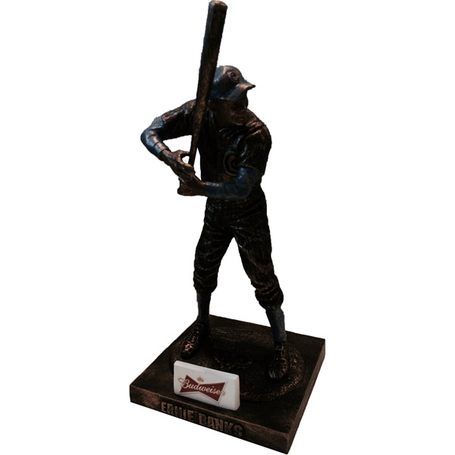 And Sunday, July 27, the first 5,000 children will receive this Cubs Magic Baseball: 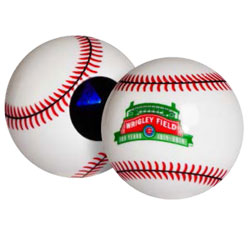 Sunday will also be the day the Cubs will wear the throwback uniform you see at the top of this post. Truth be told, I never did like that "pajama" uniform, and it will be unusual in that it'll be the first Cubs road uniform worn as part of the throwback promotions this year. It should be fun, though, to see it as a throwback. The Cardinals, we are told, will be wearing "1978-inspired" uniforms. Here's a larger version of the throwback-uniform image: 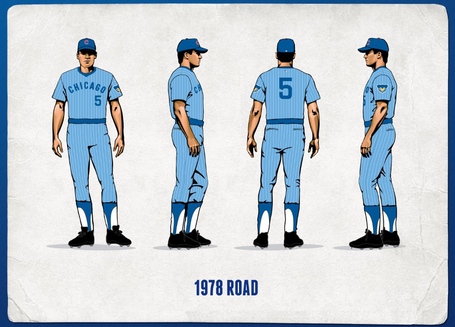 You're certainly wondering what "Decade Dog" BCB's Danny Rockett will be reviewing for this homestand. It's the Pulled Pork Dog: 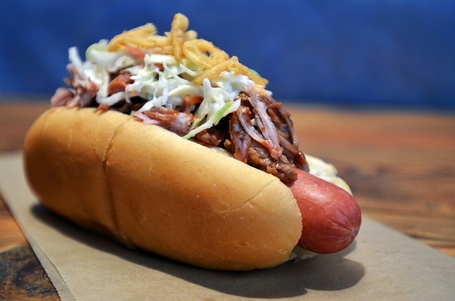 For other 1970s-inspired food offerings, you can get the following at the Decade Diner, located inside Gate D near section 142: a Breaded Chicken Parmesan Sandwich with herb-breaded chicken breast, house-made marinara sauce and melted provolone cheese served on a toasted hoagie roll, or a Classic Tuna Melt homestand special, which includes Levy Restaurants’ signature tuna salad served on toasted rye bread with aged cheddar cheese and sliced tomatoes. 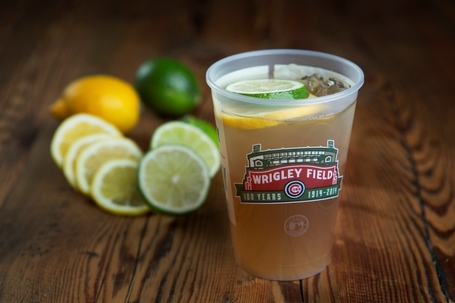