Kyle Hendricks takes the top podium spot in a landslide thanks to his five-hit performance on Tuesday night. (The three double plays while he was pitching helped out quite a bit, too.)

Share All sharing options for: Cubs Heroes and Goats: Game 98

Hard to believe, but despite the homers by Anthony Rizzo and Arismendy Alcantara, neither of them made the Hero podium Tuesday night. Sometimes it's all about the timing.

Graphs for Game 98 (courtesy of Fangraphs): 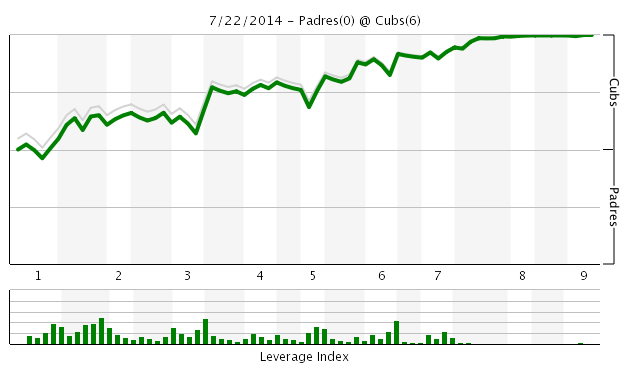 UPDATED RANKINGS THROUGH GAME 98 (Changes in Bold, Notations Below):

Hendricks makes his debut on the Hero podium in grand fashion, while Lake slides further down the plus/minus chart.