The second start for Tsuyoshi Wada didn't go nearly as well as the first.

Share All sharing options for: Cubs Heroes and Goats: Game 99

Couple that with two huge missed opportunities in the fifth and seventh innings and you have the recipe for Edwin Jackson as your primary hope for a series victory. You might want to avoid that recipe if you can in the future.

Graphs for Game 99 (courtesy of Fangraphs): 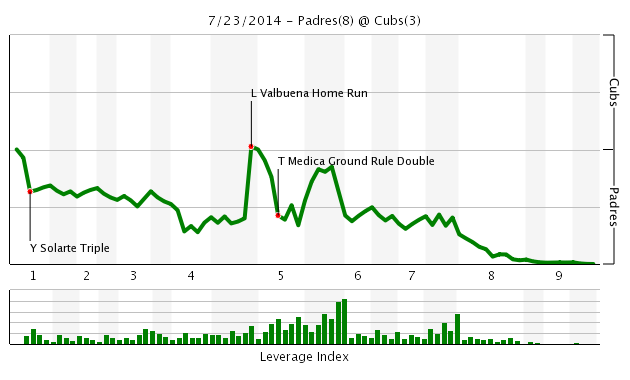 UPDATED RANKINGS THROUGH GAME 99 (Changes in Bold, Notations Below):

Valbuena rides the longball to the top of the Heroes, while Wada sees for the first time what the Goat podium looks like.