What better way to celebrate the 100th game of the season than by... getting drubbed by the most offensively-challenged team in all of baseball.

Share All sharing options for: Cubs Heroes and Goats: Game 100

Kind of hard to believe that the season is already 100 games old now.  Doesn't feel like it for some reason. Then again, I seem to think that about most things involving time, so maybe it makes perfect sense.

Graphs for Game 100 (courtesy of Fangraphs): 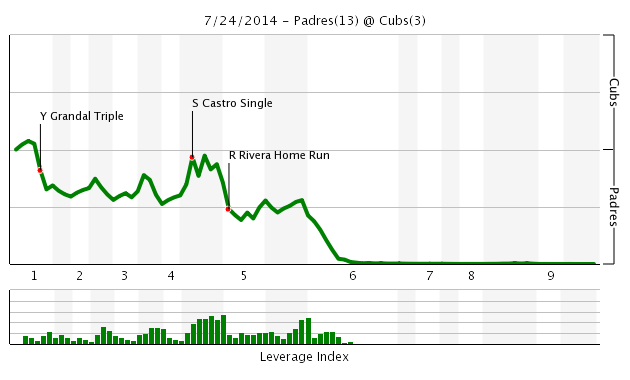 THE THREE HEROES (In slightly different order): All basically for their performance in the fourth inning.

UPDATED RANKINGS THROUGH GAME 100 (Changes in Bold, Notations Below):

The Three Musketeers of the Hero Chart all ride again, while Jackson once again reclaims the bottom of the plus/minus chart for himself.