Luis Valbuena takes the top spot in grand fashion for the second time this week.

Share All sharing options for: Cubs Heroes and Goats: Game 101

After so many games lately where the Cubs have had the lead and lost, it's nice to see the tables turn the other direction for once.

Graphs for Game 101 (courtesy of Fangraphs): 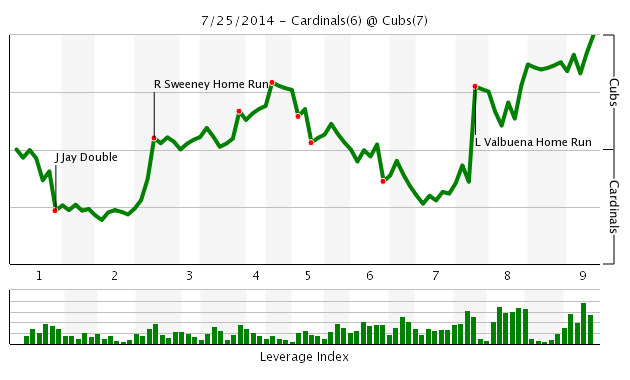 UPDATED RANKINGS THROUGH GAME 101 (Changes in Bold, Notations Below):

Valbuena tops the podium once again with one swing of the bat, while Wood ties Edwin Jackson for the most Billy Goats of the season.