Share All sharing options for: Cubs Heroes and Goats: Game 103

To all of my Heroes and Goats readers out there: There will not be a piece for Game 102 (Saturday's 6-3 loss), but a shout-out goes out to Nate Schierholtz whose pinch-hit homer on Saturday to tie that game gave him his first Superhero award since June 3 against the Mets.

Graphs for Game 103 (courtesy of Fangraphs): 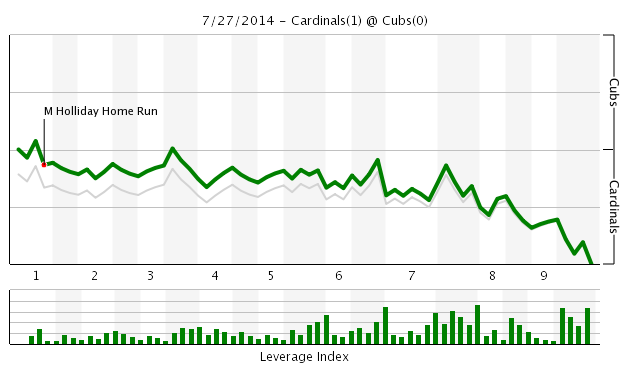 UPDATED RANKINGS THROUGH GAME 103 (Changes in Bold, Notations Below):

Hendricks pulls the Daily Double, and Castro falls out of second place on the plus/minus chart as his tough July continues.