Tsuyoshi Wada pitches seven strong innings, allowing only five hits and one run on his way to his first Superhero award of the season.

Share All sharing options for: Cubs Heroes and Goats: Game 104

That's a nice way to start the series. Now let's see how the next couple of games go. Be prepared to avert your eyes.

Graphs for Game 104 (courtesy of Fangraphs): 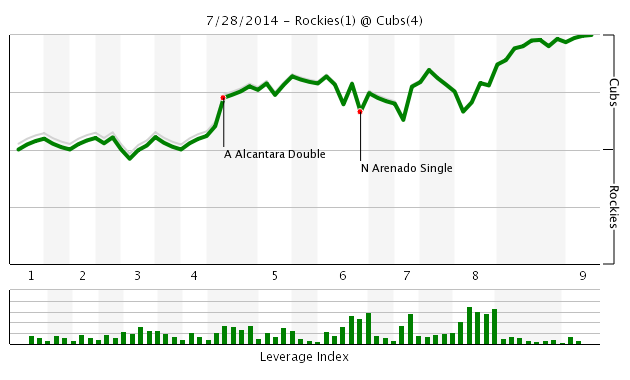 UPDATED RANKINGS THROUGH GAME 104 (Changes in Bold, Notations Below):

Wada and Strop cruise to the top spots on the Hero podium, while Coghlan's 0-for-3 evening puts him at the top of the Goats.